What’s The Warmest Ocean Water In The World? [Indian] 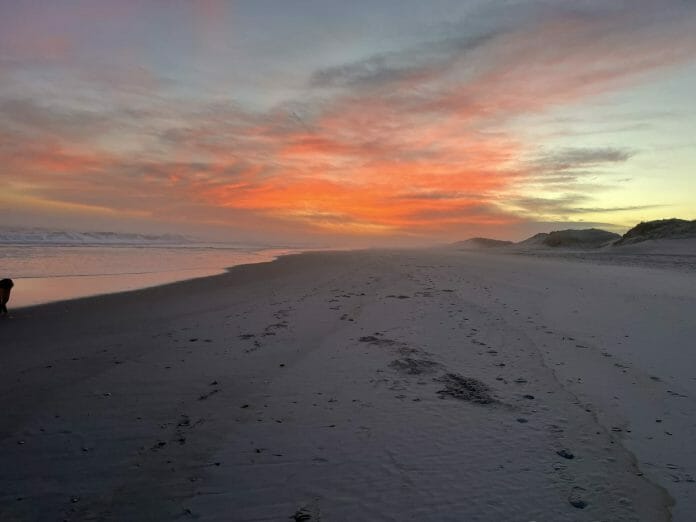 Did you know that the temperature of ocean waters plays a very crucial role in determining the climate and marine ecosystem of a given area?

According to the studies, the Indian Ocean is the warmest ocean water in the world. Due to global warming issues, the temperature of Indian Ocean waters has risen by 1.6 °F over the past century.

The Persian Gulf contains the warmest ocean water globally, with water temperatures rising to over 90 degrees Fahrenheit during summer on surface water.

This article shall discuss the essential things you need to know about the warmest ocean water in the world. Those things include;

Where Is The Persian Gulf Located? 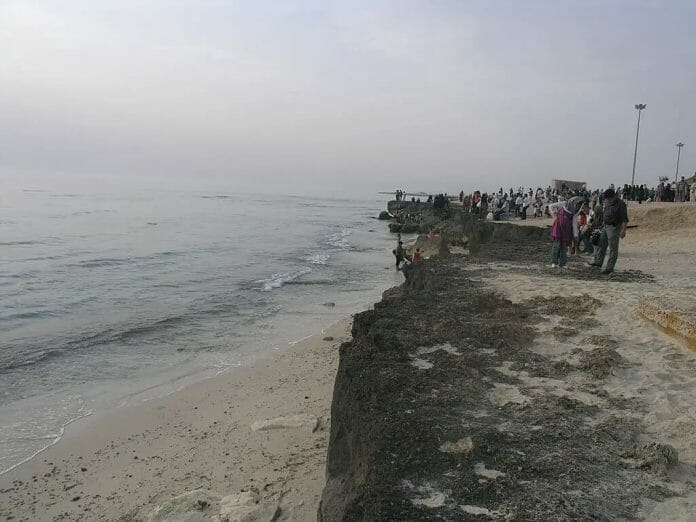 The Persian Gulf is located on the southern shore of Iran in the Middle East, with Saudi Arabia and Iraq to its east, Kuwait to its north, and Qatar and the United Arab Emirates to its west.

It is a sea surrounded by several coastal countries, including; Iran, Saudi Arabia, Iraq, Kuwait, Qatar, and the United Arab Emirates. The Persian Gulf has an area of about 1.2 million square miles (3.1 million square kilometers).

What Makes The Water So Warm?

The water temperature in the Persian Gulf is warm all year round, with an average surface temperature of 24 °C (75 °F). Still, it can rise to over 90 degrees Fahrenheit during summer on surface water.

That is due to two reasons; firstly, it lies next to one of the world’s largest deserts, which absorbs solar heat, making land temperatures rise quickly in the daytime.

Secondly, it receives inflow from Indian Ocean waters every time high tide or spring tide is causing cold water from the Indian Ocean, which runs deep into the Persian Gulf, cooling down at upper levels and warming up at lower levels.

That causes a phenomenon that makes surface waters warm while deep waters remain cool throughout the year.

Ocean Ranking According To Their Temperatures

The Indian Ocean is the warmest ocean water in the world. According to studies, water in the Persian Gulf area experiences the highest temperature.

The Red Sea is an inlet of the Indian ocean located in the northern African continent, with its southern shore lying on the Arabian Peninsula.

The water in the Red Sea is among the warmest, recording 132.8 degrees Fahrenheit at 6500 feet below the sea surface.

It’s no wonder that the Indian Ocean is one of the world’s most popular tourist destinations. With its miles of pristine beaches, crystal-clear waters, and stunning coral reefs, it’s a tropical paradise waiting to be explored.

Whether you’re looking to relax on the beach or go on an adventure, the Indian Ocean has something for everyone. So pack your beach umbrella, beach cart, and get ready to explore this beautiful corner of the world!

Spending time in the Indian Ocean is a must-do for any traveler looking to explore new and amazing places. The coastline is dotted with beautiful beaches, crystal clear waters, and coral reefs that are perfect for snorkeling and diving.

Plus, there’s plenty of culture and history to be explored in the many towns and villages that line the coast. So if you’re looking for a vacation where you can relax on the beach one day and experience something new the next, then look no further than the Indian Ocean! 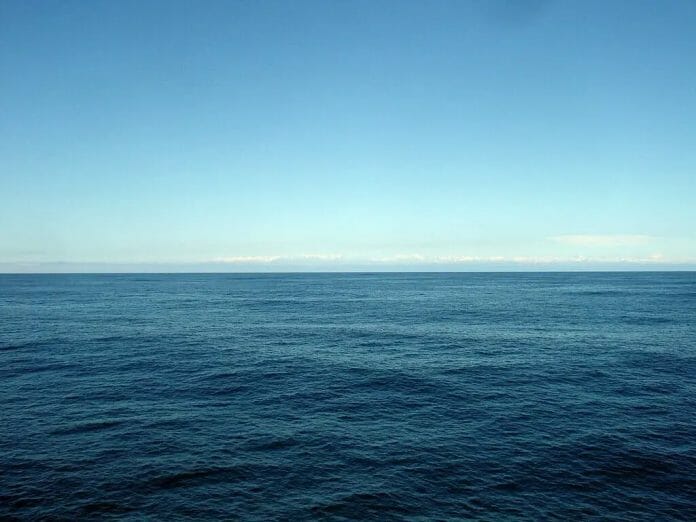 The Pacific Ocean is the second-warmest ocean water in the world. It is located in the North and South Pacific oceans, with its southern border lies along with South American countries. The highest temperature of the Pacific Ocean during summer ever recorded was 79.5 degrees Celsius.

Did you know that the Pacific Ocean is a great place to visit? In fact, it’s one of my favorite places to go- with lots of great U.S. beachfront! There are so many different things to do and see, and the climate is perfect for relaxing. If you’re thinking about visiting the Pacific Ocean, here are some tips to help you get started.

The Atlantic Ocean is the third-warmest ocean water in the world. It is located between Africa, Europe, and America. It reaches an average temperature of about 27 °C (81 °F) during summer but can rise to over 30 degrees Celsius (86 °F).

The highest temperature recorded in the Atlantic Ocean was approximately 31 degrees Celsius (88 °F) during summer.

The Atlantic Ocean is a great place to visit if you’re looking for some fun in the sun. With miles of coastline to explore, there’s something for everyone who loves the ocean. Whether you want to spend your days swimming, surfing, or simply relaxing on the beach, a trip to the Atlantic Ocean is sure to be memorable. So pack your bags and get ready for some unforgettable memories!

We can also say that global warming is the reason behind the rising ocean water temperature. As we know, the earth’s surface is getting hotter day by day, and rising land temperatures are proving it; this phenomenon is known as global warming.

The earth’s atmosphere has been heating up because of human activities and natural processes such as volcanic eruptions, but many scientists agree that this increase in temperature can be attributed to human activities. 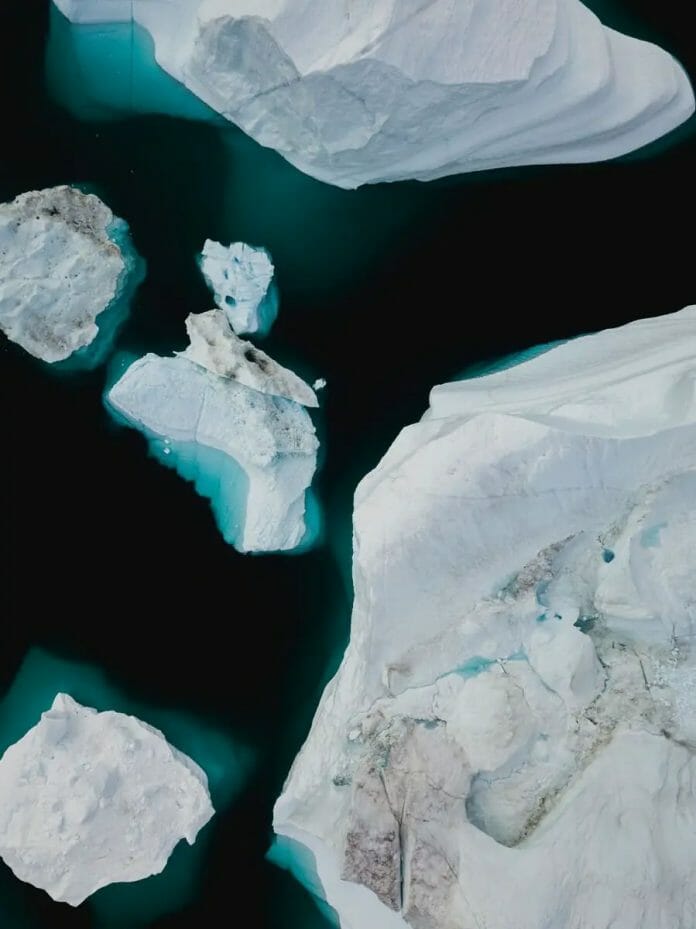 What do the ocean and global warming have in common? A lot, apparently! Scientists have been studying the relationship between the two and they’ve found that when the ocean heats up, so does the earth.

In fact, it seems that the warmer our oceans get, the more aggressive global warming becomes. This could mean big trouble for our planet – but we can still make a difference by doing our part to help fight climate change. Read on to learn more about how global warming is affecting our oceans and what we can do about it!

Global warming is affecting land and water bodies, especially oceans. As we know, oceans are absorbing approximately 93% of all heat trapped by greenhouse gases and are becoming warmer.

That warm water then moves to other regions via ocean currents, which affect climate conditions in those regions.

We can conclude that the Persian Gulf, an extension of the Indian Ocean, contains the warmest ocean water in the world, followed by the Mediterranean Sea, Red Sea, and the Pacific Ocean.

Facebook
Twitter
Pinterest
WhatsApp
Previous articleHow Does Water Get From the Ocean To Your Faucet? [Weird]
Next articleHow To Wear Your Hair At The Beach: [13+ Ways]