How Many Ships have Sunk in the Ocean? Millions.

Since human beings started making ships, the world’s oceans have claimed many of them, from big ships to small ships like fishing boats.

According to the United Nations, there are over 3 million shipwrecks throughout our entire human history littering our ocean floor from all over the world. However, only less than 1% of the world’s shipwrecks have been explored.

This is because we are only aware of the locations of a small number. The big question is, will these sunken ships ever be recovered from the deep seas?

The shipwrecks are so many that when there are operations for recovering shipwrecks, including the missing Malaysia Airlines Flight 370, more are discovered by accident. Ships that often catch our attention are cargo ships because they ferry many valuable treasures.

Good examples are the Uluburun shipwreck in the southern shore of Turkey and the Spanish galleons across the Atlantic that were transporting jewels, gold, swords and precious tools. But not all shipwrecks get to have the kind of attention this ship was accorded.

How often do ships sink? 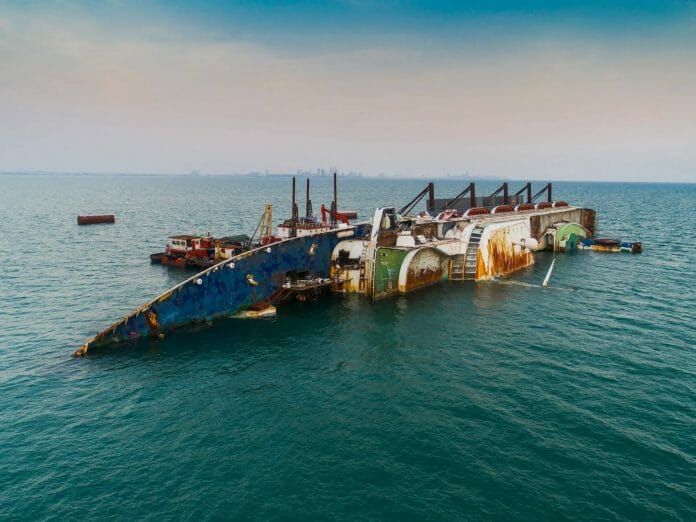 We have lost an average of ten solid bulk cargo carriers at sea every year in the last decade. However, this cannot be compared to the vast numbers that sunk and were left unrecorded before the 18th and the early 20th-century ferrying precious cargo.

Over 226 million container boxes are shipped every year, and over 100 are lost at sea when ships sink. To us, it may look like a significant number, but in reality, this is just a drop on the Ocean.

Shipwrecks are always fascinating stories. They can be tales of heroism, tragedy, or mystery. Here is a list of 10 famous shipwrecks that have captured our imaginations over the years. Some were caused by natural disasters, while others were the result of human error. Each one is a riveting story in its own right.

Some of the Most Famous Shipwrecks in the World

The Titanic is the most famous ship for never making it to her destination. At the time, it was the most complex ship of all and was described as unsinkable. Unfortunately, it collided against an iceberg before arriving in New York City from Southampton.

This sad event took place in 1912 on 14th April. 1,517 people succumbed, making it the most significant marine tragedy in history. In 1985 the wreck was finally located by a joint French–American expedition. Rising the ship was, however, impossible due to its fragile condition.

In England, you can find several artifacts from the ship displayed in the National Maritime Museum. The wreck is under the protection of the 2001UNESCO Convention.

The Uluburun Shipwreck is a 14th century shipwreck discovered in 1982 off the coast of Turkey. This ship is famous for carrying some of the most valuable cargo ever found at sea, including gold, silver, jewelry, spices, and even human remains.

Despite being lost for centuries, this ship continues to fascinate experts and laypeople alike with its incredible bounty. Get a closer look at the valuable artifacts recovered from the Uluburun Shipwreck in this video. Who knows? You might just stumble upon your own buried treasure!

The Fleet of Kublai Khan

This is the most famous shipwreck of old times. In 1274 and 1281, Mongolia was trying to invade Japan, and their ships were wrecked in heavy storms. Centuries later, archeologists are still coming across artifacts that belonged to these fleets and the wreckages. 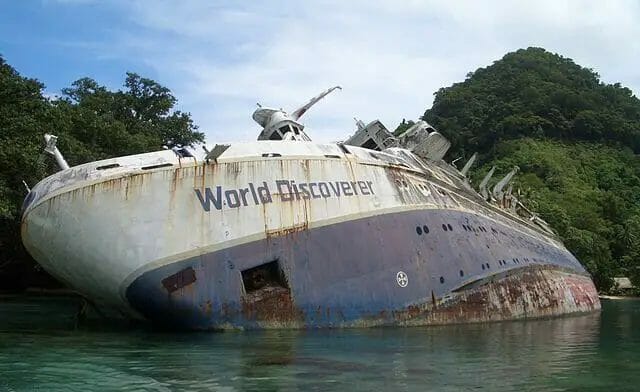 On April 30th, 2000, the ship hit a large, uncharted reef or rock in the Sandfly Passage, Solomon Island. Captain Kruess issued a distress signal which was received in Honiara the capital of the Solomon Islands.

All passengers were safely transported by a passenger ferry that was dispatched to their ship. After the ship had begun to list 20 degrees, the captain brought it into Roderick Bay and grounded it in order to prevent its sinking. After an underwater survey of the ship, World Discoverer declared a constructive loss. The ship has remained in Roderick Bay since then.

The Black Swan, also known as The Black Swan Project, is considered to be the most significant recovery of gold treasure ever made. The Spanish warship Nuestra Senora de las Mercedes, which sank off Portugal in 1804, was the site of the treasure. The American company Odyssey Marine Exploration reported in 2007 that it had discovered gold worth $500 million (PS314 millions). 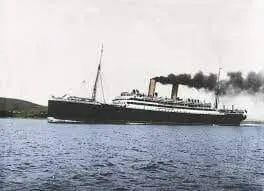 This Canadian ship sank as it almost reached the mouth of the Saint Lawrence River on 29th May 1914. Due to thick fog, it killed 1012 people after colliding with the Norwegian collier SS Storstad. Today the Empress or Ireland wreck lies in a shallow 130 ft of water.

The ship had 420 crew members and 1057 passengers aboard and was headed to Liverpool from Quebec. The Empress of Ireland is recorded as the worst disaster in Canadian maritime history.

In 1588, the Spanish Armada, a fleet of 130 ships planned to invade England, was brought down by storms killing up to 5000 soldiers. Most of the soldiers lost were crewmembers were of 32-gun warship La Juliana, near Barcelona, in 1570.

This has been among the most significant maritime incidents to occur in the recent past. The cruise ferry MS Estonia was en route to Stockholm from the Estonian province of Tallinn when it sank on 28th September 1994.

It was built in the German shipyard Meyer Werft. Over 800 people died, and most of the bodies were never recovered. What caused MS Estonia to sink has become a controversial matter, with most people assuming that it was due to bad weather.

The Swedish government decided to give the vessel and its victims a decent burial by dropping thousands of tons of pebbles on the site. That area is a designated sea grave, and the public is prohibited from exploring the wreckage.

Shipwrecks are always tragic events, but they often make for fascinating stories. Throughout history, there have been many famous shipwrecks that have made headlines around the world. Some of these wrecks were caused by natural disasters, while others were the result of human error.

In this blog post, we took a look at some of the most famous examples in history. We will explore the causes behind each wreck and learn about the victims and survivors. These stories are sure to captivate you!

The Bermuda triangle is the wreck capital of the world and is found in the Atlantic. It has the most shipwrecks per square mile than any other part of the entire earth’s ocean floor. This is because of the razor-sharp coral reefs located around the area.